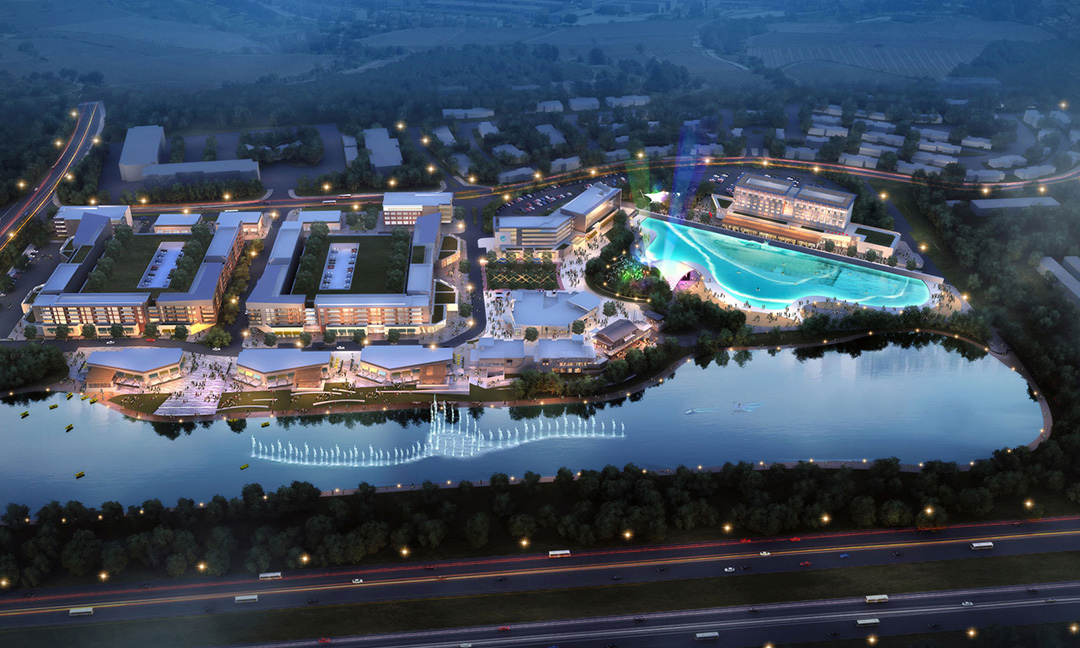 The 105-acre water park proposal called The Lake combines entertainment and residential areas with a man-made lake. The project, developed by Waterford Park LLC, would be situated in woodlands sandwiched between Route 288 and Genito Road.

“The development has been drawn up to incorporate 150,000 square feet of retail and entertainment, 100,000 square feet of office space, a 170-key hotel, 750 apartments, a 13-acre artificial Wake Lake, an amphitheater and a six-acre water park, capable of generating artificial waves large enough to surf,” according to a news release.

CBS 6 first reported on the site when Chesterfield’s Planning Commission approved the project in January 2017.

“[Developers] have gone through five submittals through the county to get plan approval,” Chesterfield Director of Environmental Engineering Scott Smedley said. “It was challenging for the applicant to understand the technical nature of what they had to do.”

Smedley called the project “unique” in that The Lake doesn’t fit a  regulatory framework of oversight like pools or recreational water sites. His office investigated similar facilities across the country like in California and Texas.

“They basically have to construct a man-made lake and pump water into the lake to keep it filled,” Smedley explained. “To ensure the water quality was protective of public health the county worked with the developer, the planning commission, and the Board of Supervisors to develop a series of proffered conditions the applicant had to meet to ensure the water was treated.”

Developers will be required to install an aeration system that will help oxidize and remove pollutants and a wetland system with a re-circulation pump.

Neighbors who live in the Colonial Village at Waterford apartment complex that borders the proposed site shared mixed reactions.

“I’m scared to death we will be overridden with traffic people and young people that make a lot of noise,” Will Turnage stated. “Where are they going to get the water for the lake?”

Ron Elswick, who moved into Colonial Village in 2018, welcomed a new neighbor.

“I’m not really worried about the congestion or the extra people in the area,” Elswick said. “We have plenty of space out here. [Brandermill] is all very spread out and there’s no central thing to bring people in the area to take advantage of that stuff.”

Developer Brett Burkhart said “no comment” during a brief phone conversation and referred us to their website. A date for construction to begin has not yet been made public.